In this fictional futuristic keynote speech presented during our second online Rewiring the Network brainstorm, former Minister of Culture of The Netherlands addresses the participants of the 2060 IETM Plenary Meeting in Kulusuk, Greenland. 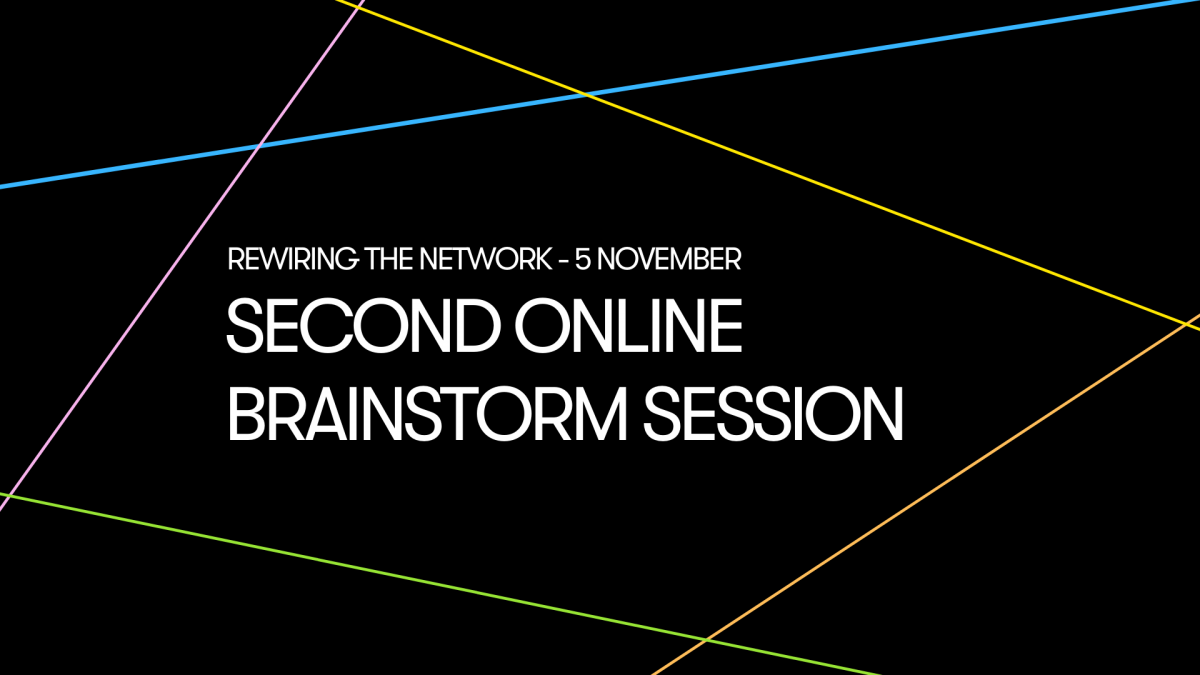 This text from the future was presented as part of our second online Rewiring the Network brainstorm session with IETM members, in which we collectively reflected on how to implement the transitions we identified in a first online brainstorm in order to achieve a more sustainable future for the performing arts on the social, the human, the economic, the ecological and the artistic level.

In this fictional futuristic keynote speech, former Minister of Culture of The Netherlands (current IETM member Caspar Nieuwenhuis) addresses the participants of the 2060 IETM Plenary Meeting in Kulusuk, Greenland. You can also download the text in PDF here.

Thank you IETM for asking me to speak out. I’m delighted to be back in Kulusuk, Greenland, in real life. After all these decades of social isolation. After all these years of avatar-to-avatar talks in virtual spaces. We are back in the heart of what used to be the European Union. Wow.

To be honest, I’m quite surprised to stand here in front of you. First of all, what relevancy holds it to give an unwired old man a pedestal? Second, the IETM exists, again. Despite the fall of Europe. Despite the worldwide decline of the performing arts field. The human network persevered and makes a restart. That’s a miracle.

Why am I here? Well, I believe today’s world needs a mirror. It’s April 2060 and we see a perfect display of doughnut-economic fair practice, technological sustainism and global solidarity. Life looks good and eternal. But underneath, there’s something rotten. And this reminds me of the early stage of the millennium. The world was more safe, wealthy and connected than ever before, and still there was a shortcoming. We were lonely and unsatisfied. Today, we are in a same sort of hinge moment. We’re living in a perfect world. It has never been more safe, healthy, fair and connected. But there is dissatisfaction, leading towards social unrest worldwide. Some say it’s due to the Chinese personal data-control, some claim it’s due to biogenetical racism. I claim it’s something worse: the lack of intimacy. Now my father used to say: it seems that you live forward in time, as if the devil is chasing you. He was right. But today is different. I’ll take you back in time, as if I read out a message in a bottle. Maybe the message will change our course.

In 2020 we ate the earth. We ripped it apart into a large chunk for the happy few and a dirty margin for the majority of flunkees. Only 11% of the richest people on earth emitted 62% of all CO2. And I was, being Dutch and a loyal IETM member, part of that privileged minority. My country was world-champion in stuffing. Stuffing people, animals for slaughter, canals, bikes, highways. It took us three hours to drive through by car. Car? What is that? Well, for those who don’t know: that is a fossil-fuel driven automaton on wheels that you had to operate yourself. Altogether we had 9 million of them. For every worker one. Can you imagine the degree of pollution? Well, it was the standard. We stuffed basically everything. We stuffed our wallets – a regular Dutch resident had an own capital of €163.000,- per year. We stuffed our farms with 100 million chickens, 12 million pigs, another 6 million cows, sheep and goats. We stuffed our stomachs with 74,4kg of meat per year, per person. We stuffed our brains with an average of 17 hours of screen time. We send over 12 million WhatsApp texts, 10,4 million Facebook messages and 2,8 million Tweets per year – and I can’t even remember the other social platforms anymore. We stuffed our hearts with followers, happy selfies and lifelike robot-babies. One third of the Dutch considered oneself lonely – as in: not loved, not heard, not socially engaged. We stuffed our urban spaces with almost 8 million houses, 21 artificial nature reserves and about 650 performing arts venues, comprising 339.000 seats. We stuffed our agendas with attending 1115 cultural festivals and flying abroad 1,3 times per year. Only 8% of the Dutch took 40% of these flights. And I was one of that 8%.

Back then, I blamed the system of liberal capitalism for its competitive neuroses, its inequality and unsustainability. I blamed the institutional ignorance. The right-wing and left-clique populists. The local decision makers. But whilst blaming other people and processes, I forgot about one fact. I was part of that same system. I too built it to my own use and craving. I was hooked and I didn’t know. Yes, we can, was the adagio. And if not, we still could. I behaved like a junky. Taking a shot and at the same time desperately crying for breathing space, peace-of-mind and real intimacy. Covid-19 wasn’t the disease. It was the cold turkey. A medicine in disguise.

As was IETM. Why? It was a regular get-together. Like a family celebration. There was a sense of missing in between the Plenary Meetings. And the meetings had a standard ritual. The intercontinental flight and the light tension in the belly: would she be here already? The hotel check-in. The short walk to the cozy restaurant with local meat and veggie dishes. The hang-out of the Advisory Committee and the Board. The dramatic entrance. Hello dear family! How are you doing? The hugs. The kisses. The lamentation about right wing populism and local arts policies. The grumble about budget cuts. The smart jokes. The generous laughter. The red wine, red meat, the flirts and personal confessions. The day after. The first hangover. The cobblestone carpet in front of a gentrified industrial building, now used as a creative hub. The registration. The pile of booklets of local artists and companies. Ditch it. I’ll go on spec. The struggle with the key cord and batch. Ditch it. It’s a family affair. The walk into the main space, the place of encounter. And there she is. The gracious cousin. The growing tension in the belly. The hugs. The flirts. The second hangover. She has a boyfriend. Ok. Get yourself together. Dive into the program. Welcoming words of the SG. Welcoming words of the President. The keynote speakers. First up: the unintelligible mayor of the city. Second: some dramaturg, speaking about some artistic concept, in some social context. Third: the maladaptive player-philosopher who knows what matters and how to annoy people. The talks and drinks after. More family members. More hugs. More flirts. More business cards. The complaining about the keynote speakers, the right-wing populists and budget cuts. The upscale snacks, the abundance of local white and red wine. The question, where do we go next? The group-search for dinner. The attempts to find a table for eighteen persons. More family, talks and drinks, complaints, flirts, business cards, hollow promises (yes, I’d love to come to your festival!). The long walk to the late-night meeting point. Disco lights, hipster music and a lot of drinks and flirts. The dance. The smell of her hair. Why did she have to fall in love with somebody else?! Ok. Get yourself together. Dive into the first tequila shots. Dive into the dancing. Or what looked like it. Dive into the taxi. The hotel bed. The days after. The same process. The last day. The brunch. The dramatical exeunt. Goodbye all, see you next time! And yes, I’ve got to come to your festival! The taxi to the airport. The hangover. The broken heart. The massive ecological footprint. The boundless inspiration.

A lot has changed since. One thing though is still the same. A human network is a world of connectivity, a place of navigated intimacy. In 2020 we were planning to rewire the IETM network. In 2060 we’re here, performing the same effort. It’s easy to prepare ourselves for the former disaster, it’s much more difficult to be prepared for the next one. The covid-crisis showed us one thing: you can't rewire what is already unwired. To us early millennials, connectivity meant to be in touch. But we forgot that a human network is much more than just being connected. It needs real intimacy. A profound understanding and exchange of thoughts, feelings and cultural customs. A sincere sharing of interest. Back then, covid was the major limitation that reflected our shortcomings. What’s this today? What’s the current incentive to connect and keep connecting? If we don’t succeed in facing the intrinsic illness in time, we will be caught up by some genetic manipulated virus or AI-dictator. Yes, we are living in a world of connectivity, but are we really connected? I don’t think so. That’s why we have to intimate now. Or we’ll end up alone together.

Thank you. Be safe.

On Art and Activism

The case for a Universal Basic Income: freeing artists from neo-liberalism