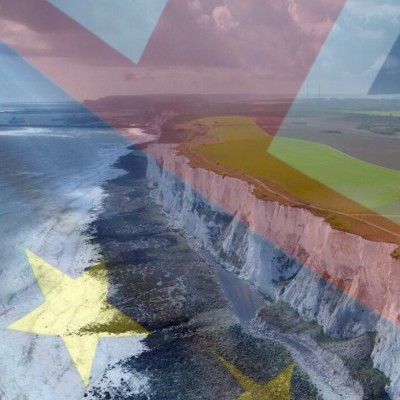 Brexit and a cultural way forward, together

Collaborations in Europe have been through turbulent times before; Europe has overcome many severe crises and has bridged deep divisions in the past. And today, now that United Kingdom’s withdrawal from the European Union has become a reality, we, foundations & cultural institutions working in Europe respond by strengthening our ties.

Brexit is a symptom and not a cause, and it is an indicator of social and cultural fault lines in British society. Moreover, ‘Brexit’ is a Europe-wide, even global phenomenon in it representing growing gaps between communities, between citizens and their political representatives, and between political ideas. We consider Brexit an igniting moment in time that creates a new positive sense of urgency and forges a renewed commitment to building and strengthening shared European cultural spaces, of which the UK has always been and will always be part.

We are convinced the ongoing political and institutional alienation between the United Kingdom and the rest of the EU must not lead to a more cultural and societal separation, neither in the UK nor in other European societies. We want to look beyond the institutional realities and emphasise the importance of relating to each other in person, through both everyday encounters: at work, while travelling, in libraries, cafés and pubs, and also online interaction.

True cultural exchange and European experiences can counter the widening gaps between people and can help to overcome political divides. We believe in an open, democratic and inclusive Europe. Culture plays an important role in that, as the space for exchange and dialogue about differences, and the goal is to unearth frictions – we don’t need to all agree but we do need to talk to each other.

Based on our experiences, long-standing cooperation and broad networks, we are committed to creating even more European sentiment, through shared European experiences and more European exchanges. For all Europeans: in the countryside or in cities, living in the East or in the West, in the North or the South, born here and arrived here. We need to work, learn and live together.

Therefore, we will intensify our activities and efforts to enable communities and individuals across Europe to co-shape their dreams, their futures, a common cultural space, with creativity and in cooperation. We will develop new initiatives and programmes that will maintain and regenerate institution-to-institution, network-to-network, but most importantly people-to-people contacts. With this, we will engage as many people from different walks of life and divergent opinions as possible.

We invite you - citizens, socially engaged practitioners, opinion-makers, cultural workers and representatives of institutions - to join us in co-shaping a European cultural space!

We advocate the value of the arts and culture and empower performing arts professionals through access to international connections, knowledge and a dynamic forum for exchange. We work to stimulate the quality, development and context of the contemporary performing arts, in all their diversity.

We create opportunities for our members and the international performing arts community at large by organising networking activities, peer-to-peer learning, exchanges and dialogues via various events.

We also commission publications and research, facilitate communication and distribution of information about the performing arts and advocate for the position of performing arts professionals, worldwide.