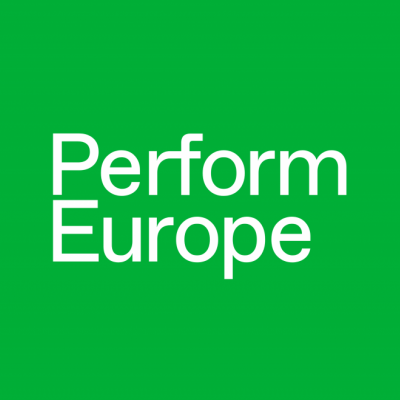 You can see the full list of candidates who were selected in step 1 here, and infographics about the pool of selected candidates here.

The full call for the second step of the Perform Europe application process has now been published and will be open for application from 6 September to 4 October 2021. In this second step, the 508 candidates who were selected in step 1 will enter a match-making process on the Perform Europe digital platform, co-create partnerships among each other and submit their Perform Europe touring and distribution proposals of showing performing arts works across borders in more fair, inclusive and sustainable ways.

Each Perform Europe partnership will have to include one producer (= one artistic work) selected in step 1 as a core element that the partnership unites around, as well as at least three presenters (= three presenting contexts) based in three different countries, in which the artistic work will be shown. Presentations can be digital, physical or hybrid, but at least one presentation of each proposal must be livestreamed and recorded.

The members of each partnership will have to co-create innovative touring and distribution proposals to show the artistic work of the partnership in its three different presenting contexts. These Perform Europe proposals must be based on sharing resources among partners and empowering each other, in order to bridge the existing gaps experienced by the performing arts organisations and professionals touring across borders or willing to tour.

Partnerships selected by the Jury in this second step will sign an agreement with Perform Europe, according to which they will receive a support fee (between € 10.000 and €100.000) to implement their proposals. Their touring and distribution proposals will be implemented from mid-October 2021 to the end of June 2022.

Are you part of the candidates selected in step 1?

Read the full call guidelines for the second steP ->

Please note that the second step of application is open only to producers and presenters who were selected in the first step.

Perform Europe is an EU-funded project which aims to rethink cross-border performing arts presentation in a more inclusive, sustainable and balanced way. The project is an 18-month journey, which includes a research phase, launching a digital platform, testing a support scheme, and designing policy recommendations. The overall aim is to design a future support scheme for cross-border touring and digital distribution of the performing arts in Creative Europe countries.

Perform Europe is funded by the Creative Europe programme of the European Union and co-managed by a Consortium composed of IETM, the European Festivals Association (EFA), Circostrada, EDN - European Dancehouse Network and IDEA Consult.