Artistic freedom of expression is often subject to right-wing conservative religious attacks. This article explores the case of the Malta Festival from Poland, which led to a trial over the Polish Ministry of Culture, National Heritage and Sport. 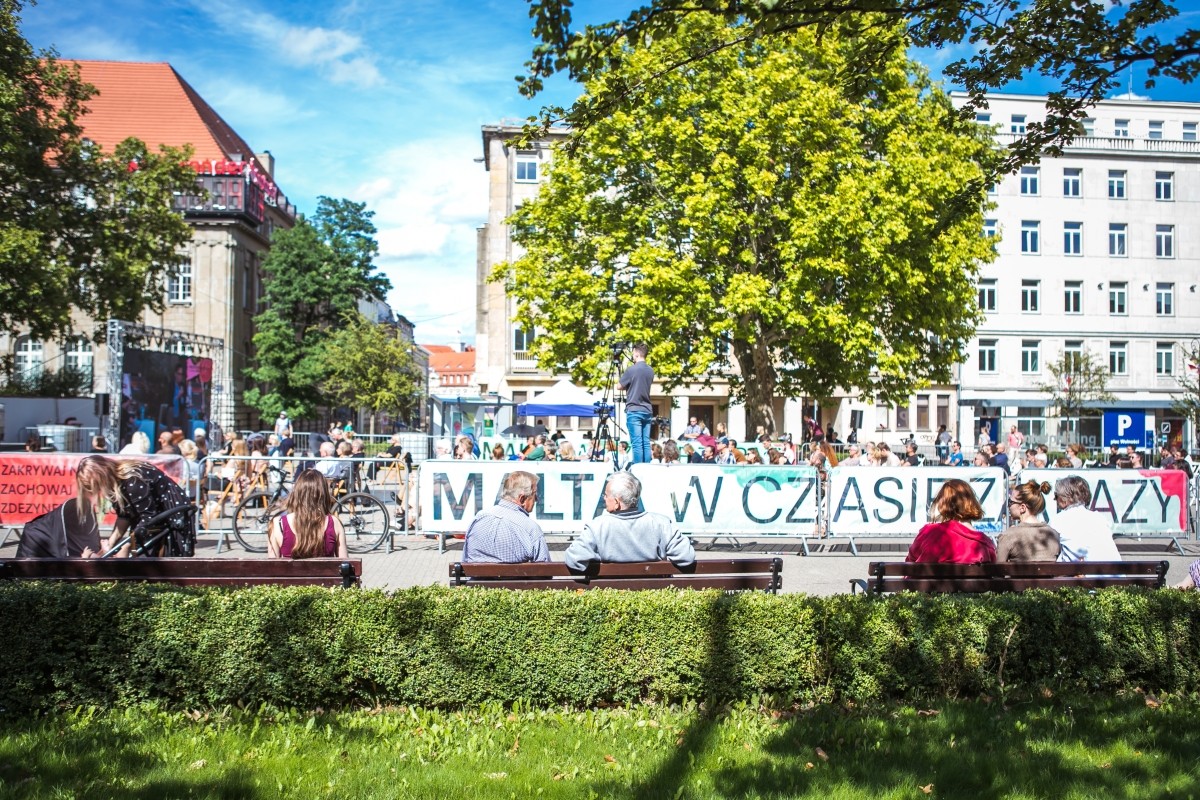 Malta Festival is initiated by Malta Foundation and takes place in Poznan, Poland, each June, since 1991. Along with independent and experimental theatre, the Festival opened up for dance, music, film and became one of the biggest festivals in Central and Eastern Europe. The production of such a large scale event relies on the financial support of the City of Poznan, the Office of the Marshal of the Wielkopolska Voivodship and the Ministry of Culture and National Heritage, as well as numerous sponsors - both companies and institutions.

To secure the funding, Malta Foundation submits grant applications with three-year programmes for the Festival editions. In 2015, the Foundation submitted its plans for the period 2016 – 2018, in which Croatian theatre director Oliver Frljić was stated as one of the curators for the 2017 edition. The Ministry of Culture and National Heritage  approved the decision to award the funding to the Festival for the years 2016 – 2018, and by June 2016, a contract for the funding was signed.

In February 2017, the premiere of Curse by Oliver Frljić happened in Teatr Powszechny in Warsaw. The right-wing outrage and attacks escalated. Loosely based on a play from the 19th century, Curse focuses on the Catholic Church’s political power in Poland in the past and present, speaks openly about the cases of paedophilia in the Polish church and criticises the ardent worshiping of John Paul II by the Polish congregation. Right-wing religious groups, backed by the conservative government, initiated investigation over allegations of inciting the audience to murder the chairman of PiS (Polish Law and Justice Party). Public media widely condemned the play as ‘blasphemy’, and religious groups broke into the theatre claiming their religious feelings were offended.

The first public statement by the Ministry of Culture that Malta Festival Poznan might not get funding if they do not dismiss Oliver Frljić as Artistic Director of the Festival, came in March 2017, in the press. By the end of April 2017, the Minister, prof. Piotr Gliński, repeatedly stated in the media that the Festival would not receive the funding, which the Ministry of Culture was obliged to transfer under the agreement concluded in the previous year. This was a clear threat of censorship: the government was intended to change the Festival’s programme by refusing to fund it - despite the fact that law was on the side of the Festival.

The Malta Foundation started to seek public support for the Festival. Many social activists and the vast majority of the artistic community stood by the Festival, offering their works and personal items in an auction to collect funds in support of it.

An unprecedented crowd-funding campaign in support of the Festival, “Become the Minister of Culture”, started in May 2017.

Despite the vast public endorsement of the Malta Festival, the prof. Piotr Gliński issued an official statement in which he clearly declared that he would not transfer the funds of € 70 000 to the 2017 edition.

Therefore, the Malta Festival decided to take a risk by increasing the target amount of the fundraising campaign, hoping they would meet the target.

The battle was won, but the case was not closed. The Malta Festival Foundation took legal actions against the Ministry of Culture and Heritage, in order to compel the Minister to reimburse all the funds and to meet the legal obligations under the contract from 2016.

The trial over the Minister began in March 2019. Malta Foundation was backed by the Helsinki Foundation for Human Rights (HFHR). The Malta Foundation was represented by Hogan Lovells attorneys Wojciech Marchwicki and Przemysław Tacij who agreed to take on the case pro bono at the request of the HFHR.

“The trial is about the 300 thousand zlotys which Malta Foundation failed to receive in 2017. But generally, it is about making clear that no minister, driven by any ideological reasons, can fundamentally decide about the shape of a cultural institution or its repertoire”, says Michał Merczyński, the Festival’s Director and the head of Malta Foundation.

The verdict was announced by the District Court in Warsaw on 3 April 2019. In its decision, the court pointed out that the contract allowed the Ministry to reduce payment on very specific grounds, which was not applicable in that case. Additionally, the court noted that the Ministry had known back in 2015 that Oliver Friljić would curate the 2017 Festival, which is why his participation in the Festival couldn’t serve as a basis for withholding payment.

In May 2019, the Ministry of Culture and National Heritage filed an appeal against the decision with allegations which were defined by Malta Foundation’s lawyers as “completely groundless”. A hearing in court took place in the autumn of 2019 which confirmed that Malta Festival was wrongly denied their funding for 2017.

On July 8, 2020, at a closed session, the Court of Appeal in Warsaw dismissed the appeal. This is a final decision, no further proceedings are possible. A week later the Ministry of Culture transferred the due 300 000 PLN to Malta Foundation’s account.

“The process of the Malta Foundation against the Ministry of Culture is a precedent. The sentence in this case is also important for the shape and functioning of culture - it shows that freedom of artistic creation is a constitutional value, which and cannot be limited by unilateral decisions just because the artist is controversial according to the authorities of the state”, says Adam Klepczyński, HFPC lawyer on the case.

Michał Merczyński from Malta Foundation explained that by now this artistic organisation is the only one which sued the Ministry of Culture for infringing their rights. On the one hand, this is because the Ministry has not broken a contract by refusing funding again. In fact, during the months of the trial, even Malta Foundation has not met any refusals or delays of funding for the next festival editions. On the other hand, it seems that the right-wing conservative government has employed a profound method to mute unwanted artistic voices: by not funding them at all. Two recent examples: the well-known Krytyka Polityczna, a magazine of the Polish left-wing intellectuals, and Dwutygodnik, a magazine for contemporary arts and culture, were both denied funding from the Ministry of Culture. “Since we have Law and Order in power, almost all cultural policies were reshaped so that they promote conservative values, with a stress on heritage, traditions, religion… The big artistic institutions are under state governance and the right-wing government is gradually replacing their management with persons who favour their agenda, thus squeezing the different voices out of the mainstream to the smaller independent institutions,” Michał explained.

So although the battle is won, the war for artistic freedom of expression is far from being ended. Acknowledging the need for artists to join forces and feeling responsible to share the expertise they gained in the field, Malta Foundation organised an ′Art against ideology′′ debate, featuring artistic freedom activists and the lawyers who helped the foundation to win the trial. A dedicated book is expected at the end of 2020 as well.

My quest in researching the impact of culture started in 2011 with studying the impact of public libraries and went through outdoor arts events, art centres, and festivals - in Bulgaria and across Europe. I am interested in how art makes a difference: for cities, citizens, communities, individuals. That difference is rarely a countable one so part of my work is choosing and devising the right tools to hopefully trace it and make its impact visible. I believe any art organisation - big or small - can benefit from studying the way it impacts and interacts with their audience, community, surroundings. The "Look, I am Priceless" toolkit, published by IETM, presents some of the tools which I think can help starting the journey of (self-)evaluation. https://www.linkedin.com/in/shishkova/

Disabled artists in the mainstream: a new cultural agenda for Europe

In Search of Complexities: Documentary Theatre in Today’s Russia