Hanane, a fifty-something year old Lebanese actress and citizen, exercises daily to avoid osteoporosis, obesity and depression. She takes walks in her secluded, personal space, and in the open space of Beirut. Along the way she revisits dreams, desires, hopes, disillusions, characters, and roles – mostly several Medeas with whom she shares some commonalities.

The effects of this daily routine are contradictory. As a matter of fact, two hormones are stimulated in her body, Dopamine and Adrenalin that are alternatively destructive and constructive, amidst a city that destroys to build and builds to destroy.

Alone on a bare stage, Hanane – woman, wife and mother – lifts the veil on her identity, becoming an « unveiled » performer on stage, where personas progressively parade to fit together like Russian dolls.

You can book your ticket through this general reservation form (also used for booking your accommodation in Beirut, ordering meals and airport transfer and settling other practicalities). Reservation deadline: 23 September. 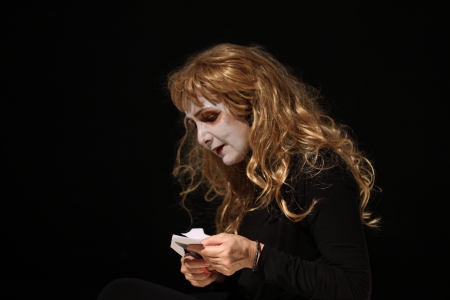