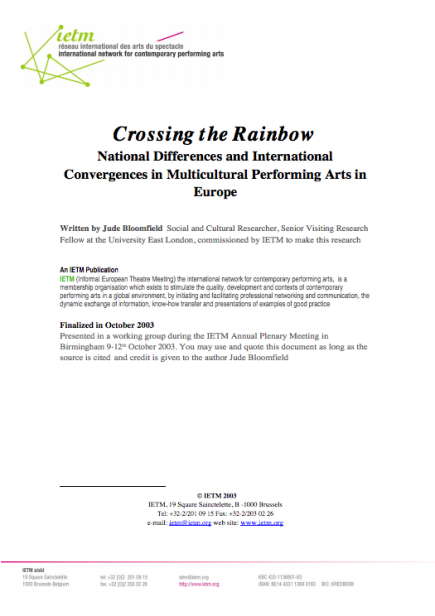 The multicultural performing arts in Europe vary in their consistency of presence, duration and scope. Different countries have defined multiculturalism in different ways: as separate ethnic communities and cultures, the national cultures of origin of foreigners, the private culture of citizens who share a common public culture, cultural pluralism based on strands of different cultures that intertwine and create something new. These different definitions derive from different national selfunderstandings of power, place in the world, culture and of the position of others, which framed thinking and policy-making in the era of nation state building and colonialism. In the post-war era of decolonisation and post-colonial migration, the legacy of these conceptions has shaped the way states came to terms with the realities of economic reconstruction, consumer capitalism based on a mass migrant working class and a new international order.